I’m trying to work my through Surinamese specialties while I’m here.  The cuisine here is an interesting melting pot.  I’m particularly taken with their sandwiches.  Joey took me to what is basically a Surinese deli to pick up a quick early lunch. They serve broodjes, which just means sandwiches in Dutch. But what you put in them is not your typical cold cuts and cheese.

This place was a simple storefront with a glass case full of cooked dishes. There was chicken curry, chicken livers, salt fish, herring, curried beef, hard boiled eggs with curry and a whole lot more.  Here you is a photo.  You pick what you want and then the attendant puts it in a soft sandwich roll. 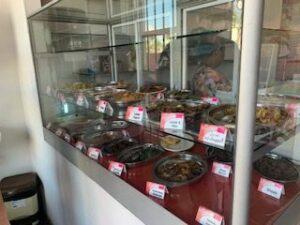 I chose salt fish and then had her put some pickled cucumbers and hot sauce in it. The result was delicious. It reminded me a lot of having a Vietnamese banh mi. A white European style roll filled with unexpected ingredients, pickles and a spicy sauce. 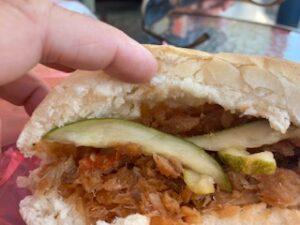 We also had a sandwich filled with a traditional Surinamese dish called Pom. This dish really exemplifies the melting pot nature of the country’s cuisine. It is like a casserole of tayer root, citrus and chicken. It is derived from a potato dish introduced by Portuguese-Jewish plantation owners.

There are also some really tasty Indonesian derived dishes, Indian derived roti and a lot of Dutch derived sausages.  More on all of that later.

What do you think?
We'd love to hear from you! Start a conversation on Twitter .
or email contact@thesnapvt.com.

The tastiest and freshest culinary herbs and vegetables at our three-acre farm in Burlington’s Intervale. 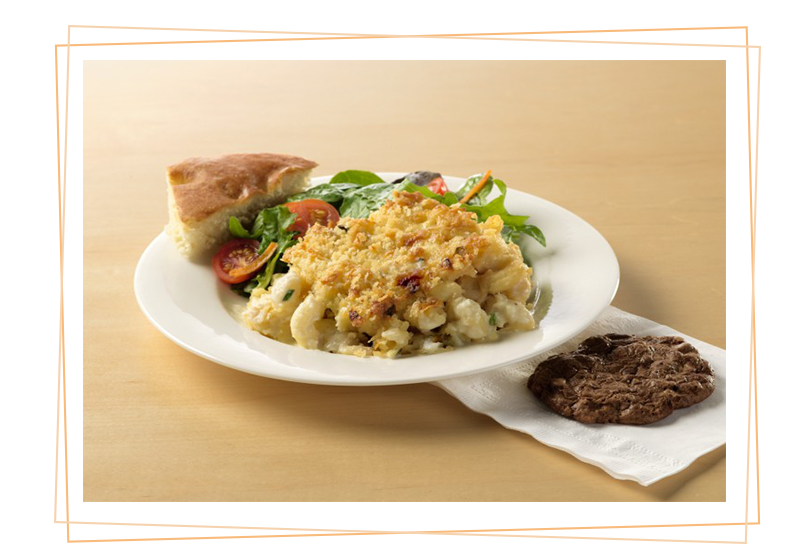